Helioburn, newly improved in 2019, is an extreme weight loss formula that delivers a huge range of amazing benefits including:

Additional areas of positive benefit include:

All of the ingredients in the new and improved Helioburn have scientific studies supporting their effectiveness; these studies have been conducted by some of the most respected medical universities and laboratories in the world by expert scholars, chemists, scientists and medical professionals.

Helioburn contains an ultra pure and potent form of caffeine. Caffeine is a zero-carb, zero-sugar and zero-calorie stimulant that has been shown to increase resting metabolic rate1 and reduce body weight.2 Caffeine is the world’s most widely used stimulant, and it’s used to reduce fatigue, enhance performance and prevent drowsiness, in addition to supporting weight loss.3

Phenethylamine HCl (PEA) also known as phenylethylamine, beta-phenylethylamine (beta-PEA) and 2-Phenylethan-1-amine is an organic compound and monoamine alkaloid. It belongs to a class of chemicals that are well known for their psychoactive and stimulant effects.4 Academics describe PEA as the body’s natural amphetamine: elevated levels of PEA create the sensation of euphoria or feeling of being intensely in love.5 Further research has shown PEA to be an effective mood and energy booster.6

Glucomannan, derived from Asian konjac root, is highly regarded as one of the best natural fat blockers because its high fiber content has been shown in studies to decrease the amount of digestible fat consumed.7 Randomized placebo-controlled studies have shown that glucomannan can induce “significant” weight loss.8

Fursultiamine also known as thiamine tetrahydrofurfuryl disulfide is a more potent and active form of vitamin B1 (thiamine).14 Vitamin B1 plays an important role in the metabolism of carbohydrates, fats and protein; low levels of B1 can cause fatigue and depression.15
Studies have shown that by helping to prevent or lessen the symptoms of thiamine deficiency, fursultiamine can increase endurance.16

L-tyrosine is a stimulatory amino acid that is used to produce noradrenaline and dopamine. Studies have found that tyrosine supplementation can improve mental function including increasing memory and decreasing stress.17 18 Even in high stress situations tyrosine has been shown to be an effective mood and brain booster.19 By helping to manage and reduce stress tyrosine may reduce cardiac issues. In fact, studies have indicated that tyrosine can lower blood pressure.20 Analysis has also shown that stress can cause overeating.21 Tyrosine can help manage weight by keeping stress levels down.

Helioburn is a source of highly potent green tea standardized to a minimum of 50% epigallocatechin gallate (EGCG) and 98% polyphenols. EGCG is a type of catechin that has been shown to decrease body fat and lower cardiovascular risks in humans.22 Numerous studies have linked green tea consumption to increased fat burning (fat oxidation) and accelerated metabolism (energy expenditure).23 24 25 Research has also shown that green tea increases metabolism around the clock, even while the body is at rest.26

Helioburn contains premium kola nut which is a fruit derived from the kola tree that is native to the tropical rainforests of Africa. Kola nut is a natural source of theobromine and caffeine; both chemicals have been reported to improve mood and alertness32 and caffeine is well established as a weight loss stimulant.33 34 35 Theobromine may help people with cardiac issues as it has been shown to decrease blood pressure.36

Carnitine, a derivative of the amino acid, lysine, plays a vital role in the production of energy and metabolism of fat in the human body.37 38 Research has indicated that carnitine supplementation can boost fat burning and increase exercise performance.39 40 Numerous studies have linked dietary carnitine and a decrease in body mass index and significant weight loss.41 Research published by the International Journal of Sports Medicine attributed improved recovery after exercise and reduced fatigue to oral carnitine supplementation.42 Carnitine can also help the heart according to research; in one study, participants using carnitine lowered systolic blood pressure, an important indicator of heart disease risk, by almost 10 points.43 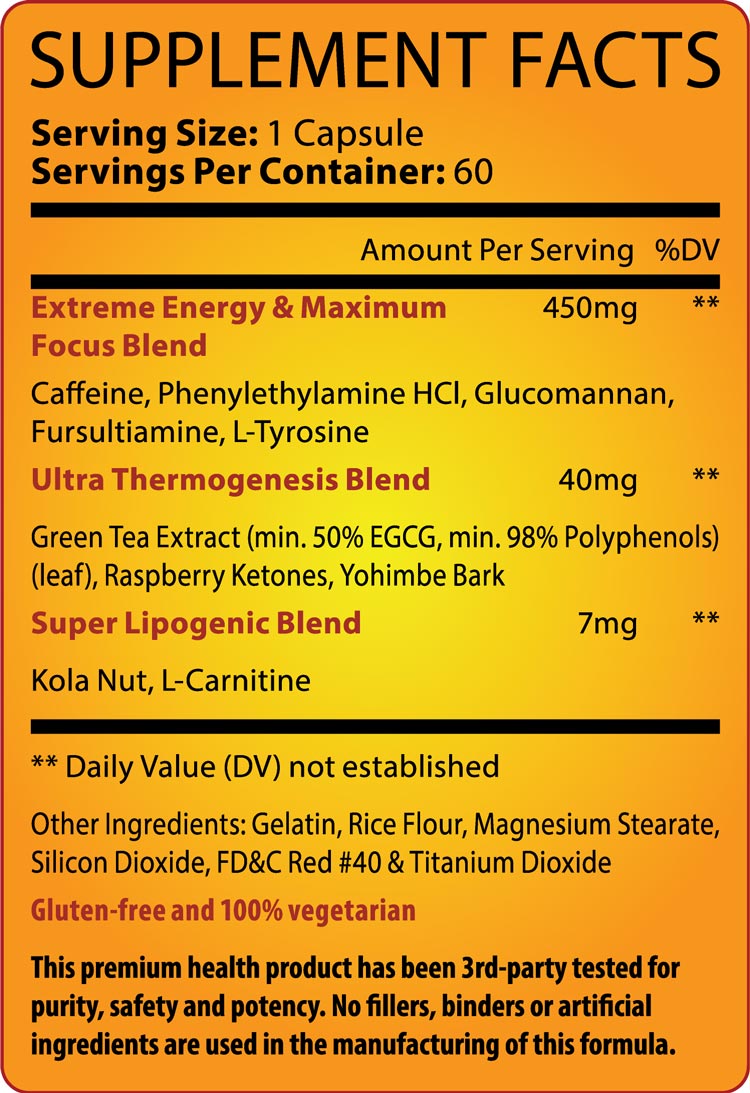 There are no reviews yet.

Slim down, get fit and feel better than ever in 2020 with Evergenics!