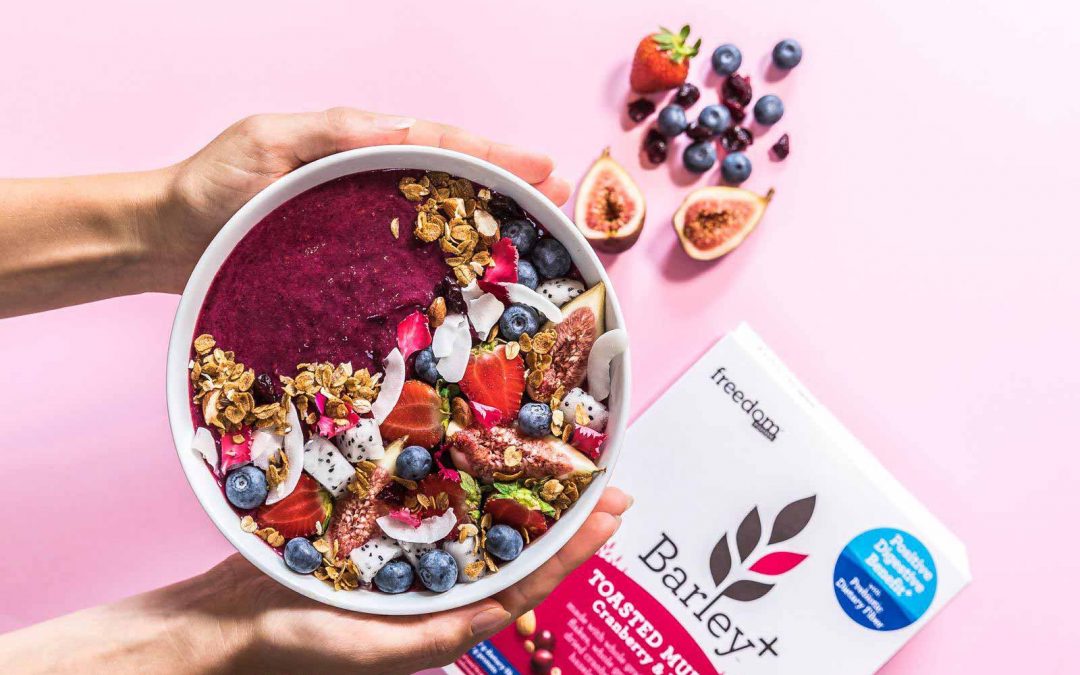 (BPT) – Can cutting back on whole grains be bad for your gut and deadly to your health? Though some popular diets promote the elimination of grains, a recent report from the American Institute for Cancer Research suggests this may be ill-advised.

Here’s the paradox about fiber: Americans have increased their consumption of fiber, including whole grains. In spite of that, bowel cancer is still one the most common types of cancer. Not all fiber is alike. Understanding how whole grains and their fiber types go to work in the gut may hold the key to reducing the risk of colorectal cancer.

A new kind of super-grain

First, we turn to the humble barley grain. It may be on the verge of a big moment. Australian researchers spent 30 years breeding a variety of barley that contains more of the properties believed to reduce colon cancer. The result is a so-called super-grain called BARLEYmax.

What do resistant starches do?

Why did the Australian researchers want to develop a grain that was high in resistant starches? Dr. David Topping, who headed the research team, points to previous research showing the link between diet and colorectal cancer.

Africans have a lower fiber intake compared to Americans and Australians, yet their bowel cancer rates are much lower, he reports. On the surface, this appears to diminish the role of fiber. Here’s the kicker: The African diet is much higher in resistant starches and fermentable fibers than American and Australian diets.

According to Topping, that highlights the key determinant of better bowel health and fighting cancer is that we eat enough of the right fiber types, from whole grain sources, rather than to focus only on the amount of fiber we eat.

How do resistant starches work?

We’ve all heard about how important it is to make sure the gut is inhabited by the right kinds of bacteria. But it’s not as simple as taking a probiotic supplement or eating yogurt for breakfast. Gut bacteria need food to thrive, and that’s where resistant starches come in.

In the gut, resistant starches are a food source for healthy gut bacteria, and these bacteria keep the gut environment healthy. When diets are low in resistant starches, it creates a “hungry gut bacteria population.” But increasing the availability of fermentable fiber-rich whole grains that feed the gut microbiota can potentially make us healthier.

It’s exciting to hear that boosting your intake of resistant starches can have such a profound effect on your well-being and health. Getting the right foods that “feed” your gut has been tricky because, frankly, many are not appealing to American tastes.

Green bananas are a prime example. Although resistant starches are abundant in foods like cooked and cooled potatoes, barley and oats, these have to be eaten cold to get the full benefits, because these starches break down when heated.

Australian natural foods company Freedom Foods is the first breakfast manufacturer to bring the unique BARLEYmax grain to the U.S. under their Barley+ line of Toasted Mueslis and nutritional bars. The format, which is much closer to American-style granola but without all the sugar, will provide Americans with a much more accessible way to access resistant starch than some of the more obscure sources currently available.

Barley+ Toasted Muesli and Barley+ Snack Bars are now available at grocers and other retailers. To learn more about the mueslis and snacks, visit freedomfoodsus.com.