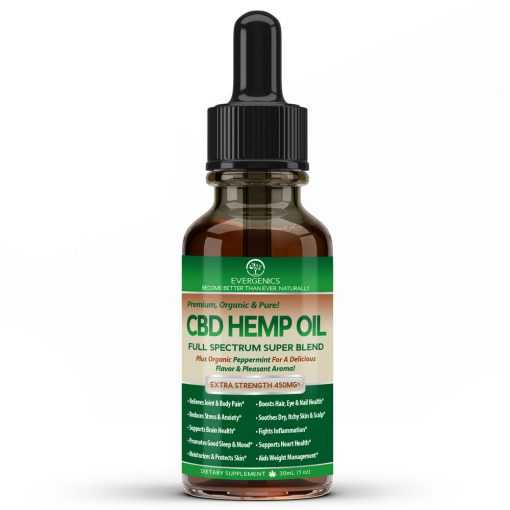 While our hemp formula is created from the active parts of the Cannabis sativa plant, it does not contain the compound called THC, the substance that gives marijuana its high-producing effects.

1. When using orally, for best medicinal results, place 1 ml (approximately the amount of a dropper half full) under the tongue for 45 seconds to 1 minute, then swallow.

2. Topically: For skin or scalp, apply 3 to 4 drops or desired amount and gently massage into area you are seeking to treat.

In a controlled trial involving 58 human patients, cannabis-based medicine administered orally helped arthritis sufferers experience less pain during movement, less pain at rest and better sleep compared to placebo.9Blake DR, Rheumatology (Oxford) 2006;45:50–2. Other research has shown that cannabidiol not only relieves arthritis pain and reduces inflammation, but protects the joints from damage as well.10https://www.ncbi.nlm.nih.gov/pubmed/10920191/ Applying cannabidiol topically has also been shown to have “long-lasting” therapeutic effects on arthritis symptoms.11https://www.ncbi.nlm.nih.gov/pmc/articles/PMC4851925/

In research on humans, cannabidiol has been shown to “promptly” and “substantially” improve sleep by reducing the frequency of REM sleep behavior disorder events.12https://www.ncbi.nlm.nih.gov/pubmed/24845114 Notable improvement in sleep has been reported in additional studies involving CBD and 2000 patients and 1000 patient hours of exposure, including patients with multiple sclerosis, peripheral neuropathic pain, intractable cancer pain and rheumatoid arthritis.13https://www.ncbi.nlm.nih.gov/pubmed/17712817

Hemp oil is rich in omega-3 and omega-6 fats that nourish hair, support hair thickening and reduce inflammation that can lead to hair loss.14https://draxe.com/vitamins-for-hair-growth/ A study published in the Journal of Cosmetic Dermatology evaluating 120 healthy subjects found that after six months of supplementing with omega3s and omega6s hair density and growth had significantly improved.15https://www.ncbi.nlm.nih.gov/pubmed/25573272 Evergenics CBD Hemp Oil contains a type of omega-3 fatty acid called linolenic acid. Dr. Andrew Weil writes that linolenic acid, “stimulates growth of hair and nails, improves the health of the skin, and can reduce inflammation.”16https://thermolift.com/wp-content/uploads/2018/08/hemp-oil.pdf

If you are one of those always looking for new ways to lose weight easier, you might be surprised that hemp oil can help. Hemp oil contains oleic acid. Research has shown that increasing consumption of oleic acid, an omega-9 fatty acid, not only increases resting metabolic rate, it also makes subjects more inclined to engage in physical activity further supporting weight loss and better health.17https://www.ncbi.nlm.nih.gov/pubmed/23446891 The oleic acid found in hemp oil may also help curb snacking and overeating. Researchers at University of California, Irvine, have shown that oleic acid boosts production of a compound called oleoylethanolamine (OEA). OEA activates brain pathways that increase the feelings of fullness, promote weight loss and help lower blood cholesterol.18https://www.sciencedaily.com/releases/2008/10/081007123647.htm

Cannabinoids are potent anti-inflammatory agents and they exert their effects through induction of apoptosis, inhibition of cell proliferation, suppression of cytokine production and induction of T-regulatory cells.19https://www.ncbi.nlm.nih.gov/pmc/articles/PMC2828614/ Research published in two journals, the American Journal of Physiology and Therapeutics and Clinical Risk Management, cite more than a dozen studies demonstrating the potency of cannabidiol as a anti-inflammatory and antioxidant.20https://www.physiology.org/doi/10.1152/ajpheart.00236.2007 21https://www.ncbi.nlm.nih.gov/pmc/articles/PMC2503660/ Inflammation has been linked to many serious health conditions including arthritis, allergies, cancer, heart disease, diabetes, high blood pressure, kidney failure, autoimmune disease and Alzheimer’s disease.22https://www.health.harvard.edu 23mercola.com

According to the National Cancer Institute cannabidiol can prevent cancer growth, relieve cancer symptoms and reduce the side effects of cancer treatment.24NCI Drug Dictionary: Cannabidiol 25Cancer.gov

Research available at the National Institutes of Health shows that cannabidiol can help prevent and fight a wide range of cancers in areas of the human body:

Research published in the British Journal of Clinical Pharmacology tells us that cannabidiol benefits the cardiovascular system by protecting against vascular damage caused by high blood sugar, inflammation and diabetes.55https://www.ncbi.nlm.nih.gov/pubmed/22670794 In the same report, cannabidiol was observed to increase blood flow and reduce cardiovascular responses to stress. A study published in the Journal of the American College of Cardiology, using molecular analysis, electron spin resonance spectroscopy and flow cytometry, concludes that cannabidiol can be a beneficial treatment for cardiovascular disorders by relieving oxidative stress and inflammation.56Rajesh. M., Mukhopadhyay. P. “Cannabidiol Attenuates Cardiac Dysfunction, Oxidative Stress, Fibrosis, and Inflammatory and Cell Death Signaling Pathways in Diabetic Cardiomyopathy.” Journal of the American College of Cardiology (2010).

Psoriasis is a skin disorder that leaves sufferers with red patches, scaling and dry, cracked skin. A study published by the Journal of Dermatological Science determines that cannabinoids can help treat psoriasis by inhibiting the growth of keratinocytes.57Wilkinson. J., Williamson. E. “Cannabinoids inhibit human keratinocyte proliferation through a non-CB1/CB2 mechanism and have a potential therapeutic value in the treatment of psoriasis.” Journal of Dermatological Science (2007). Hyperproliferation of keratinocytes is a cause of psoriasis.

Unbalanced immune function is known as one of the causes of psoriasis, and cannabidiol’s effect on supporting a healthy immune system may be another reason for using it to alleviate and stop psoriasis.

In a study on human subjects with uremic pruritus (severely itchy skin caused by poor kidney function), nearly 40% of the patients had seen their pruritus completely reversed and more than 80% were observed to have had a “complete” reduction of dry skin after a three-week treatment with cannabinoid cream.58https://www.ncbi.nlm.nih.gov/pubmed/16324422 In a German trial the average itch reduction was shown to be 86.4% in pruritus patients treated with a topical cannabinoid agonist.59https://www.ncbi.nlm.nih.gov/pubmed/16874533

Sebocytes are sebum-producing epithelial cells. Research published by the Journal of Clinical Investigation shows that the administration of cannabidiol suppresses sebocyte proliferation and due to its lipostatic, anti-proliferative and anti-inflammatory effect, cannabidiol may be used successfully in the treatment of acne vulgaris.60Olah. A., Toth. B “Cannabidiol exerts sebostatic and antiinflammatory effects on human sebocytes.” Journal of Clinical Investigation (2014). In a controlled 12-week study in which healthy males were treated with a cannabis seed topical extract, it was shown that skin sebum and skin redness were reduced “significantly.”61https://www.ncbi.nlm.nih.gov/pubmed/26142529 The authors of the study have suggested that cannabis could be prescribed for acne vulgaris, seborrhea, papules and pustules.

Like all Evergenics health products, our organic CBD hemp oil is made in the USA and doctor-formulated to be stronger, purer and safer than any other product of its kind. Unlike some hemp seed oil supplements that contain zero CBD, Evergenics CBD Hemp Oil gives you a maximum-strength dose of cannabidiol and omega-3s, omega-6s and omega-9s so you can experience all of the benefits of hemp to the fullest! Every purchase is 100% risk-free. Try Evergenics Organic CBD Hemp Oil today and if it doesn’t fully meet your expectations, we’ll give you a hassle-free, no-questions-asked refund! 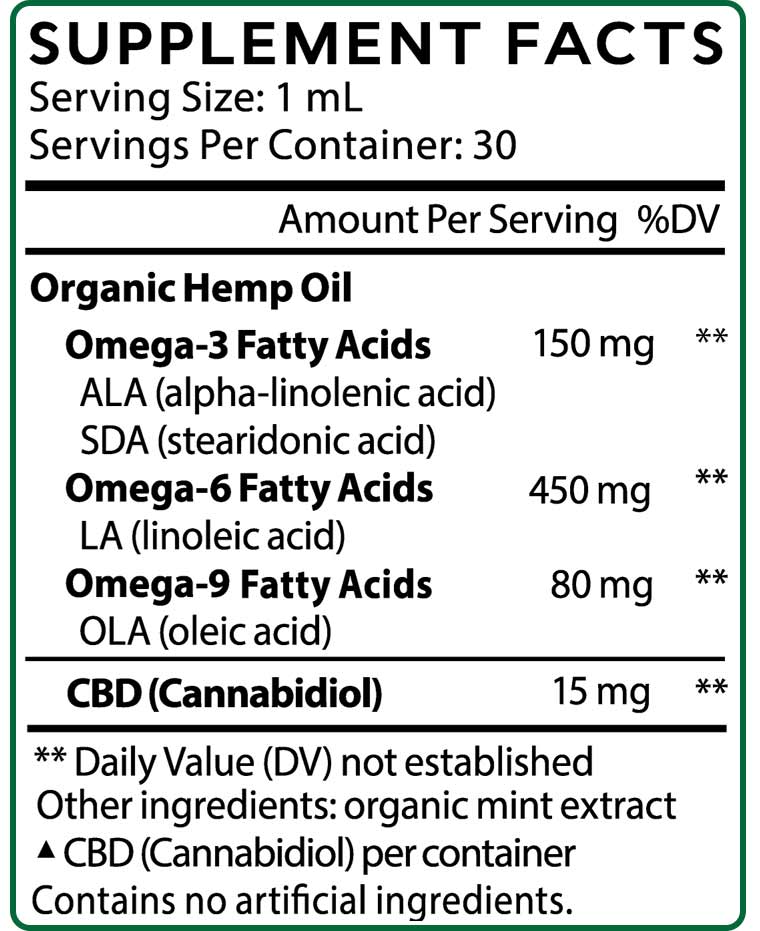